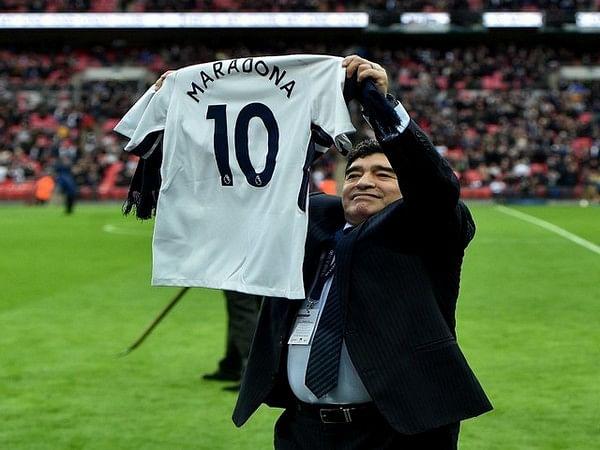 Buenos Aires [Argentina]: Football legend Diego Maradona’s iconic ‘Hand of God’ shirt, became the world’s most expensive piece of sporting memorabilia after it was sold for more than Rs 67 crore at auction on Wednesday.

The jersey was worn by the iconic No 10 when he scored his infamous “Hand of God” goal during the second half of the clash against England, at the 1986 FIFA World Cup.

The iconic possession was brought up at the auction by England’s Steve Hodge, who became the lucky player who swapped the jersey with the Argentinean great, after the match.

Auction house Sotheby’s had estimated a price between Rs 38 crore and Rs 57 crore for the jersey but it reached the estimated price within the hours of the beginning of the auction and then later, surpassed Baseball legend Babe Ruth’s shirt’s record of 2019.

Earlier, Maradona’s family had claimed that the shirt being brought up at the auction by Hodge was not the authentic one but rather the one worn by Maradona in the first half of the game.

The University Grants Commission (UGC) has written to all the 'higher educational institutions' (HEI) to appoint a compliance officer that would coordinate with the Foreigners Regional Registration Offices (FRROs). ....Tap to read more
Read more