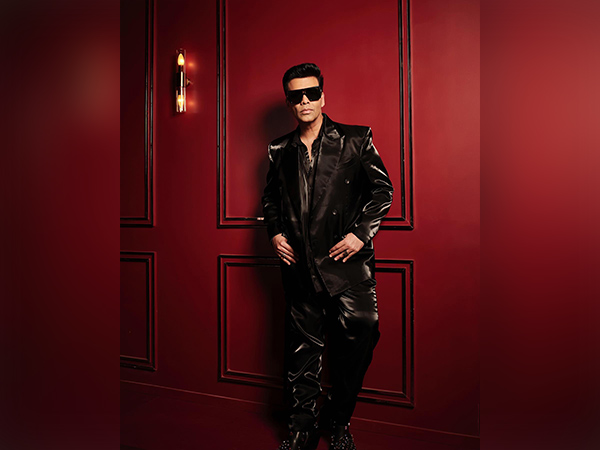 Mumbai (Maharashtra): Bollywood ace director and producer Karan Johar, is all set to get back on the coffee couch with ‘Koffee With Karan Season 7’, which premieres exclusively on Disney+ Hotstar from July 7.

Karan Johar, on his Instagram account, shares the premiere date of the new season with a special video that compiles special moments from the previous six seasons.

The ‘Kuch Kuch Hota Hai’ director captioned it, “Guess who’s back? And this time with some hot piping brew! #HotstarSpecials #KoffeeWithKaran S7 starts 7th July only on Disney+ Hotstar!”.

The ‘Bombay Velvet’ actor, enthralling the audience calls the new season as much ‘Bigger Better and more Beautiful’ in the announcement video.

Fans flooded the comment section with heart and fire emojis, and the desperate wait for the new season of the show can be seen among the fans.

“U bet I’m the biggest fan of this show irrespective of what netizens say any nepotism and drama over a tv show..I mean grow up,take it light at least here” a user commented.

Many celebrities from Bollywood and the south cinema will mark their debut in the new season of ‘Koffee with Karan’.

Previous seasons of Karan Johar’s chat show went through a lot of controversies. Let’s see what the new season brings to the table.

Gujarat: Five Members Of Family Drown While Trying To Save Woman

In a major tragedy in Gujarat, Five members of the same family drowned in Narmada canal in Gujarat's Kutch attempting to save a woman who had slipped into the canal, according to an official. ....Tap to read more
Read more
Uncategorized

India has slashed the windfall tax on the export of crude oil from Rs 11,000 to Rs 9,500 per tonne, as per an official gazette notification by the Ministry of Finance. ....Tap to read more
Read more
Uncategorized

'American Idol' runner-up of Season 19, Willie Spence died in a car crash at the age of 23. ....Tap to read more
Read more

BJP Poised To Sweep Gujarat, Has Edge Over Cong in HP: Exit Polls

New Delhi [India]: The BJP is poised to sweep Gujarat and has an edge over Congress in a tough fight in Himachal Pradesh, exit polls predicted on Monday. ...TAP TO READ MORE.
Read more

Archaeologists in Egypt have found many ancient mummies with solid-gold tongues in their mouths. ....Tap to read more
Read more

‘Blonde’ Director Pleased With The Outrage Against Film

While most filmmakers would be worried if their film receives backlash, director Andrew Dominik is surprisingly delighted. ....Tap to read more
Read more

Get ready to dive into the musical world of filmmaker Sanjay Leela Bhansali. The album will be released on Dec 7. ....Tap to read more
Read more
Load more

LNJP Pulled Up For Delaying Termination Of 33 Weeks Pregnancy

The Delhi High Court on Monday pulled up the administration of Lok Nayak Jai Prakash Narayan Hospital (LNJP) for delaying examination of a woman seeking permission for termination of a 33-week-old foetus suffering from a cerebral anomaly. ....Tap to read more
Read more

A comparative year-wise trend of Narcotic Drugs and Psychotropic Substances Act (NDPS) seizures have revealed a sharp increase in the number of seizures of the items in India. ....Tap to read more
Read more

The Supreme Court on Monday said India is a secular country and everyone has the right to follow their religion while dismissing a PIL seeking direction that citizens of the country to follow and declaration of the leader of a particular sect of Hinduism as 'Parmatma'. ....Tap to read more
Read more

Archaeologists in Egypt have found many ancient mummies with solid-gold tongues in their mouths. ....Tap to read more
Read more

Worst Fears Regarding COVID Confirmed By Scientist Of Wuhan Lab

In what appears to be an astonishing revelation, a US-based scientist, who worked at a controversial research lab in China's Wuhan, has said that COVID-19 was a "man-made virus" that leaked from the facility. ....Tap to read more
Read more