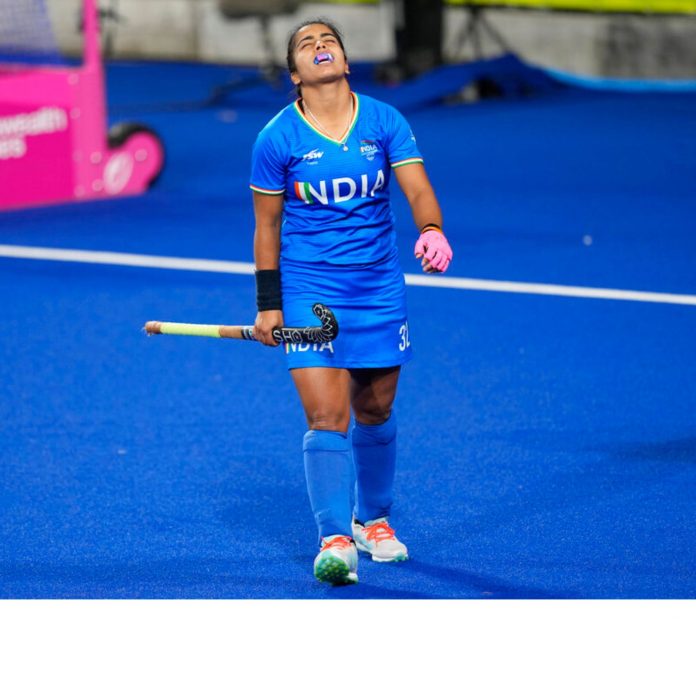 Birmingham [UK]: The Indian women’s hockey team suffered a 3-0 defeat against Australia in the penalty shootout and will now fight for the bronze medal at the Commonwealth Games 2022.

A 10th-minute goal from Rebecca Greiner gave Australia a one-goal edge against the Indian women’s hockey team at half-time in the semi-final of the Commonwealth Games 2022.

India was unsuccessful to convert their chances in the first half but have competed well with the Australian team in terms of ball control. India made six attack circles penetrations before the break.

The Indian women were trailing behind Australia by one goal in the third quarter of the women’s hockey semi-final. India received a penalty corner in the second quarter but the shot from Lalremsiami was saved by the Australian goalkeeper Aleisha Power.

Vandana Katariya brought India back into the match with an equaliser in the 49th minute.
With a minute to play, Australia earned their 11th penalty corner but Savita Punia’s team covered their angles to avoid a late lapse and stretch the game in the shoot-out.

Indian goalkeeper Savita Punia saved the first Australian attempt by Ambrosia Malone but with the clock not set, India conceded the second time.

Australia kept their momentum to hit the next three into the Indian goal while India’s shots in the shootout were saved by Australia’s swapped goalkeeper Jocelyn Bartram.