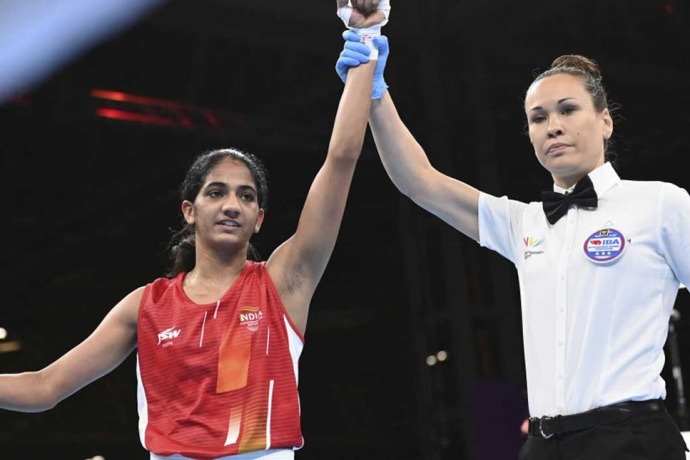 Birmingham [UK]: Indian boxer Nitu Ghangas assured the nation another medal after reaching the final of the Minimumweight (over 45 kg- 48 kg) category by defeating Priyanka Dhillion of Canada in the semifinal at the ongoing Commonwealth Games 2022 in Birmingham on Saturday.

The match lasted for only one minute and thirty seconds. Nitu’s boxing prowess was such that the match could not go beyond the second round and Ghangas won it via referee stoppage. Ghangas was extremely superb in these two rounds and gained approval from all judges though Dhillon competed well.

The win has assured at least a silver medal to India and the final will take place on Sunday at 3:00 PM IST.

There is a lot of exciting boxing action for fans today.

Amit Panghal is currently boxing Patrick Chinyemba in semis of over 48-51 kg finals.
Boxing champion Nikhat Zareen will be fighting in her Over 48-50 kg semis against Savannah Stubley of England from 7:15 PM onwards.

From 8:00 PM onwards, boxer Jaismine Lamboria will be participating in semifinal of Over 57-60 kg against Gemmah Richardson of England.

Lastly, Sagar Ahlawat will be boxing in over 92 kg semis from 1:30 AM.