Home Business Brewing Beer From Urine, Would You Want To Try It?
BusinessLifestyle

Brewing Beer From Urine, Would You Want To Try It? 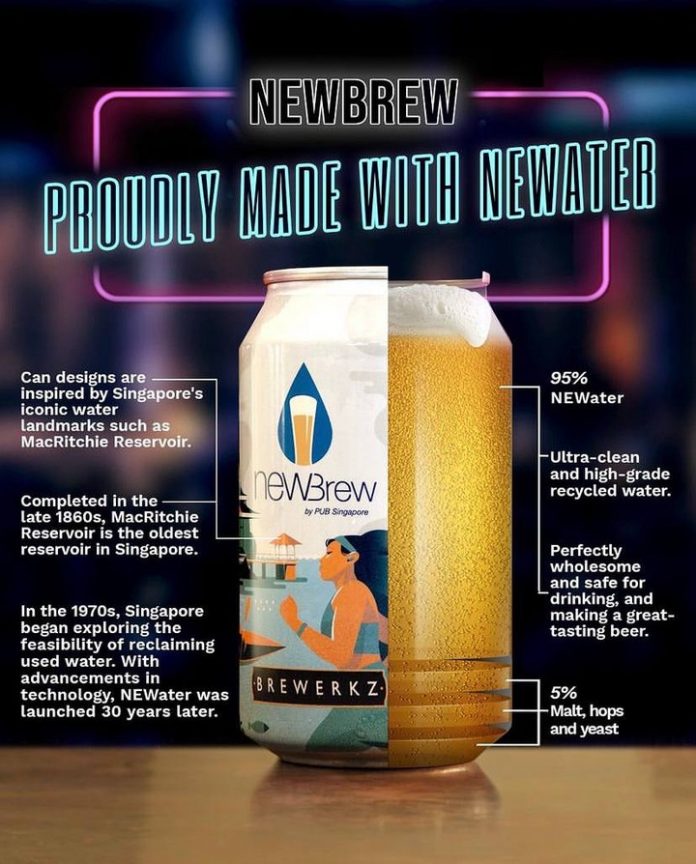 New Delhi [India]: Singapore has taken innovations in beer-brewing a notch higher with the introduction of ‘Newbrew.’ While it may appear or taste like usual beer, there’s an unconventional twist to it.

The brewery’s unique craft beer is made using ‘Newater,’ Singapore’s brand of clean, high-quality water recycled from sewage and urine.

About 95 per cent of Newbrew is made of Newater, which not only adheres to international standards of safe drinking water but also is tested clean enough to use for brewing it.

With a smooth toasted honey-like aftertaste, the sewage-recycled beer is made using the finest ingredients such as premium German barley malts, aromatic Citra and Calypso hops, as well as kveik, a highly sought-after strain of farm-house yeast from Norway.

According to The Straits Times, Newbrew was launched on April 8 by national water agency PUB and local craft beer brewery ‘Brewerkz,’ in conjunction with a water conference at Singapore International Water Week (SIWW).

The Newater does not contaminate the flavours of malt, hops and yeast strains that are carefully controlled by the brewer in its production.

With an intention of promoting awareness for water recycling and reusing, the Newbrew is possibly Singapore’s ‘greenest beer’, according to Mr Ryan Yuen, managing director of SIWW.

The country’s water agency has found a way to tackle the inevitable water crisis by launching this drink to create awareness about Singapore’s water scarcity.

Other breweries such as ‘Crust Group’ and ‘Super Loco Group’ had also launched their own version of a craft beer using clean sewage recycled water.

The Indian stock market's benchmark Sensex surged by more than 1,200 points in the intra-day on Friday after the Reserve Bank of India (RBI) hiked the policy repo rate by 50 basis points, which was largely expected by the market. ....Tap to read more
Read more
Business

Payments company Paytm said e-commerce sales are back and all eyes were on a unique partnership -- Flipkart and Paytm -- this festive season. ....Tap to read more
Read more
Business

The Reserve Bank of India (RBI) on Friday hiked repo rate by 50 basis points to 5.90 per cent in order to control the rising inflation, keeping in line with the aggressive policies of central banks and the volatile markets prevalent across economies. ...Tap to read more
Read more

For Me It’s All Indian Cinema: Madhur Bhandarkar On Winning National Film Award

Dalai Lama Likely To Announce He Will Not Reincarnate

Tibetan spiritual leader Dalai Lama indicated that he will live 16 years more and then will announce that he will not reincarnate to save Tibetan Buddhism from China's attempt to control the reincarnations. ....Tap to read more
Read more

Prime Minister Narendra Modi, after flagging off the Gandhinagar-Mumbai Central Vande Bharat Express on Friday, boarded the train to Ahmedabad along with several co-passengers and people from different walks of life, including those from the Railways family, women entrepreneurs and youngsters, said the Prime Minister's Office. ....Tap to read more
Read more

General Anil Chauhan along with his father Surendra Singh Chauhan on Friday paid tribute at the National War Memorial in the national capital before officially taking over the post of the Chief of Defence Staff (CDS) since his appointment on September 28. ....Tap to read more
Read more

Dalai Lama Likely To Announce He Will Not Reincarnate

Tibetan spiritual leader Dalai Lama indicated that he will live 16 years more and then will announce that he will not reincarnate to save Tibetan Buddhism from China's attempt to control the reincarnations. ....Tap to read more
Read more

UNSC To Vote On Resolution On Russia’s Referendums In Ukraine

The UN Security Council is set to vote Friday on a resolution that would seek to condemn Russia for its referenda in four regions under Russian control but claimed by Ukraine, media reports said. ...Tap to read more
Read more