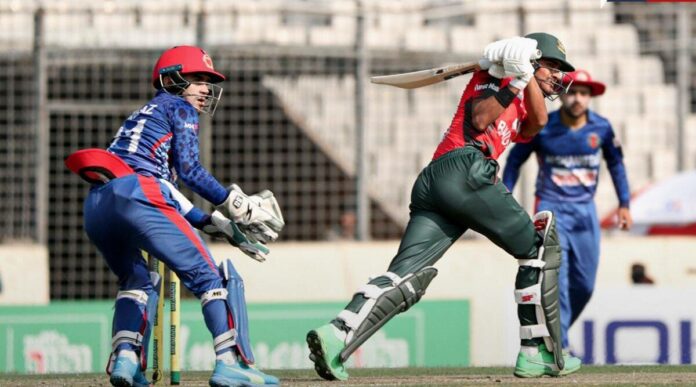 Bangladesh beat Afghanistan by 61 runs in their first Twenty20 match on Thursday, with left-arm spinner Nasum Ahmed claiming a career-best 4-10.

Afghanistan was unable to recover from the early setback and was eventually dismissed for 94 in 17.4 overs in response to Bangladesh’s 155-8.

Shakib also dismissed Zadran in his following over, who had top-scored for 27 runs.

Liton and Afif established a 46-run partnership against Afghanistan’s much-vaunted spin attack, which included Rashid, Mujeeb Ur Rahman, and Nabi.

Liton pushed a Rashid delivery too long on for a single, reaching his sixth fifty.
He was eventually eliminated by Fazalhaq Farooqi after hitting four fours and two sixes.

Farooqi and Omarzai both got two wickets in the final overs, preventing Bangladesh from scoring much.

On Saturday, the second and final T20 will be played.

Bella Hadid has taken over Paris with one stunning look after another! This week, the model has walked a tonne of runways, most recently for Stella McCartney. ....Tap to read more
Read more