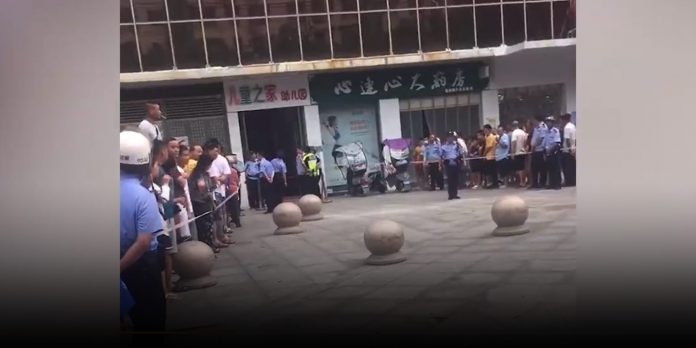 Beijing [China]: Three people were killed and six others injured in a stabbing attack on Wednesday at a private kindergarten in China, local media reported.

The attack took place at a private kindergarten in Anfu county of Ji’an in southeast China’s Jiangxi province, at 10:22 am.

The suspect a 48-year-old man, surnamed Liu is currently at large and being hunted by the police, reported China Daily. Notably, China has seen a number of attacks on schools in recent years.

In 2020, a school security guard stabbed 39 children and staff in a kindergarten in the Guangxi region.

Last year, an unidentified person staged a knife attack on a kindergarten in China’s southern Guangxi autonomous region, leaving 16 children and two nursery teachers injured
In 2018, a woman armed with a kitchen knife injured 14 children in the city of Chongqing
Meanwhile, in another stabbing attack last year, as many as five people were killed and another 15 were wounded in China’s Anhui province.