10 High-Profile ED Cases Of 2022 That Made Headlines 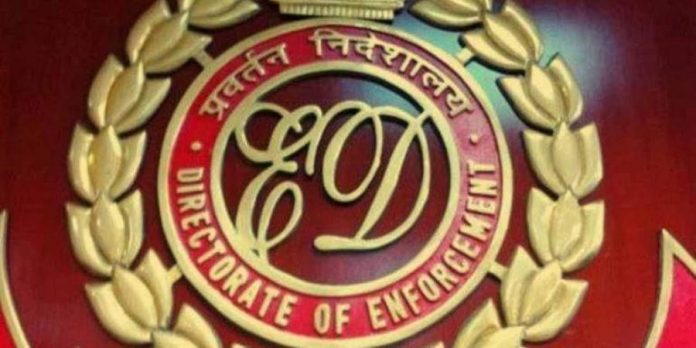 New Delhi [India]: The Enforcement Directorate (ED) over the last eight years has carried out 3,010 raids and attached proceeds of crime worth Rs 99,356 crore under the Prevention of Money Laundering Act (PMLA).

Union Minister of State for Finance Pankaj Chaudhary, during the ongoing Monsoon Session, informed the Rajya Sabha that since the National Democratic Alliance (NDA) government came to power in 2014, the ED has attached proceeds of crime worth Rs 99,356 crore and filed charge sheets in 888 cases, resulting in the conviction of 23 accused. The ED has carried out several raids this year, these include:

The case pertains to the alleged financial irregularities under the Prevention of Money Laundering Act (PMLA) and was registered about nine months ago after a trial court took cognisance of an Income Tax department probe carried out on the basis of a private criminal complaint filed by former Bharatiya Janata Party (BJP) MP Subramanian Swamy in 2013. Following this, the ED on Wednesday sealed the Young Indian office at the Herald House building in the national capital.

Honey was arrested by ED on February 3 from Jalandhar.

The agency seized more than Rs 10 crore, gold worth above Rs 21 lakh and a Rolex watch worth Rs 12 lakh from the residential premises of Honey.

This was one of the biggest raids of 2022. Channi was also questioned by the ED in connection with an alleged illegal sand mining case.

3. IAS Pooja Singhal in Jharkhand Mining case
IAS officer Pooja Singhal, an aide of Jharkhand CM Hemant Soren was raided in a money laundering case linked to the alleged embezzlement of MGNREGA funds in state’s Khunti and Chatra districts. She was arrested in May this year.

Around 20 crore cash was recovered from Pooja Singhal and her Chartered Accountant. ED had also raided Ranchi’s Pulse Hospital, owned by her husband Abhishek Jha.

Pooja Singhal was the secretary of the Department of Mines and Geology and the Managing Director of Jharkhand State Mineral Development Corporation Limited (JSMDC).

The arrest of Partha Chatterjee followed the recovery of Rs 21 crore in cash and jewellery from the Kolkata residence of Arpita Mukherjee, a close aide of the former education minister.

Trinamool Congress, which has distanced itself from Chatterjee, axed him as a minister and suspended him from the party. The investigation is on and the ED is still searching other properties linked to both the accused.

The ED has seized the maximum till now this year in this scam. However, Chatterjee had denied his involvement in the School Service Commission (SSC) scam and asserted that the “money does not belong to him”.

5. Satyendar Jain in money laundering case
AAP leader and Delhi’s Health Minister Satyendar Jain was arrested under provisions of PMLA by the ED in May this year after CBI registered an FIR against him in a Disproportionate Asset case on August 24, 2017.

The ED said it seized various incriminating documents and digital records. The ED said that the total movable assets were seized from an “unexplained source” and were “found to be secreted” in the raided premises.

More than Rs 2 crore in cash and gold weighing 1.8 kg were seized by the ED after raids against Jain and those linked to him, in a money laundering case.

Last month, ED questioned Satyendar Jain’s wife Poonam Jain in connection with the alleged money laundering case. She has also been named in the FIR along with the Delhi Minister.

This came soon after the Central Bureau of Investigation (CBI) in May this year conducted nationwide searches at various premises linked to P Chidambaram and his son Karti in connection with the case.

The FIR is based on allegations that Karti accepted a bribe of Rs 50 lakh from the Vedanta Group to facilitate visas for 300 Chinese nationals of a company working in collaboration with a Vedanta subsidiary for a power project in Punjab.

The ED raided Raut’s Bhandup bungalow and seized of Rs 11.5 lakh in cash. It also recovered several important documents during raids including records that Raut paid Rs 3 crores in cash to the sellers for 10 plots of land in Alibaug.

The Court sent Raut to ED custody till August 4. The agency has also accused Raut of trying to tamper with the evidence and influence key witnesses.

The ED issued two provisional attachment orders under the provisions of the Prevention of Money Laundering Act, 2002 (PMLA) against the duo.

With this latest attachment, the total goes up to Rs 1,827 crore, the enforcement agency said. The attached assets of Sanjay Chhabria are in the form of a land parcel located in Santacruz, Mumbai worth Rs 116.5 crore, 25 per cent equity shares of Chhabria’s company held in the land parcel, located at Bengaluru worth Rs 115 Crore, a flat located at Santacruz, Mumbai worth Rs 3 crore, profit receivable from hotel belonging to Chhabria located at Delhi Airport worth Rs 13.67 crore and three high-end luxury cars worth Rs 3.10 crore.

The ED has also arrested Sanjay Chhabria and Avinash Bhosale in June and both are in judicial custody.

9. Nawab Malik
Maharashtra Minister and Nationalist Congress Party (NCP) leader Nawab Malik has had links with fugitive gangster Dawood Ibrahim’s D-company for a long time, according to the investigation of the Enforcement Directorate against him in connection with a money laundering case.

The ED has filed a prosecution complaint (chargesheet) before the Special PMLA court in Mumbai.

In the prosecution complaint, the ED mentioned Malik’s alleged link to the D-company, and purported conspiracy to “usurp” the Goawala building compound in Kurla West in 1996. Malik is in ED custody.

The case relates to the siphoning-off of Jammu and Kashmir Cricket Association (JKCA) funds by way of transfer to various personal bank accounts of unrelated parties including those of office bearers of JKCA and by way of unexplained cash withdrawals from JKCA bank accounts.

The ED initiated a money laundering investigation on the basis of a chargesheet filed by the CBI on July 11, 2018, against office bearers of JKCA in the case dated September 21, 2015.

The quantum of proceeds of crime identified by ED in this case so far is Rs 51.90 crore out of which assets worth Rs 21.55 crore have been attached by ED.

Besides these cases, the Enforcement Directorate in February attached Rs 1.77 crore of Washington Post columnist Rana Ayyub in a money laundering case.

According to an official, Ayyub allegedly utilised the parts of donations meant for three campaigns, for personal expenses.